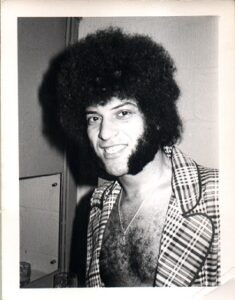 Mungo Jerry Biography… During the early 1970’s, viewers around the world tuning in to one of their music TV programmes would probably have witnessed a Mungo Jerry performance of either a video clip, or an extract caught on camera from a Mungo Jerry concert.

In The Summertime… The Ray Dorset composition, In the Summertime which was originally released in the UK on the first ever maxi single on May 22nd 1970, took the whole music industry by surprise by entering the UK charts at number 13 after a mere three days of sales.

The official music chart in 1970 was conducted by the BMRB, the British Market Research Bureau

In The Summertime was officially at number one in the UK for seven weeks and Mungo Jerry have been in the Official UK Top 40 for a total of 72 weeks all told.

To this day, music historians and aficionados have been unable to agree on the exact musical genre that is In the Summertime.

Its uniqueness is entirely unprecedented, although the lyrical content, groove, and vibe, undoubtedly conjures up a celebration of life which knows no age, gender or race barriers.

The festival organisers were so enamoured by the band’s performance that they asked them to perform again. To the ultimate delight of the 35,000 or so audience, they did.

The other artists that performed at the festival were all internationally acclaimed. It was the first ever European performance of the Grateful Dead.

Free, who were in the charts with the iconic record, Alright Now stalled at the No 2 UK chart position because In the Summertime hogged all of the record sales when it made it to No 1 the following week.

At that time Mungo Jerry was a band of the four collective musicians that recorded In the Summertime and the first Mungo Jerry album.

At Rotterdam, they shared the bill with such luminaries as Jefferson Airplane, Santana, Pink Floyd, The Byrds, and many more truly legendary rock acts.

Discontent arose among the four members of the group, and on returning from a six week tour of the USA in September of that year, a change of personnel arose which resulted in a replacement bass player.

Mungo Jerry undoubtedly took the 150,000 or more audience by storm at the Rotterdam Pop Festival.

So much so in fact, that the film crew that were documenting the event, spent more time filming the audience reaction than they did of the band’s performance.

The sky was a mass of flying paper plates, and the spectators that were viewing the stage from the branches of the trees that were on the periphery of the festival site, rocked to the addictive groove that was created by the Mungo Jerry band.

Mighty Man, another Ray Dorset composition, which was also on the same side of the 7 inch vinyl maxi single with In The Summertime in the UK, was on the flip side of the singles that were released throughout the rest of the world, except for Poland.

They released a maxi single with the same track listing as that in the UK. A Woody Guthrie composition, Dust Pneumonia Blues as on the UK  release, being on the flip side.

Baby Jump… The official follow up maxi single to In The Summertime was yet again another Ray Dorset composition of an entirely different genre.

The title of the song was Baby Jump which ousted George Harrison’s My Sweet Lord from the top of the charts when it rose to the UK No 1 spot in the first week of March 1971.

It was said by some to be the first ever UK punk rock No 1, even though the track was bereft of drums. Its groove, vibe, sound, and lyrical content was revolutionary wild, and probably prevented it from being able to be included on many radio station playlists.

The recording can be heard in its entirety throughout the opening sequence of the 1992 award winning movie The Crying Game.

Lady Rose, the third maxi… The follow up maxi single to Baby Jump was Lady Rose, and yet again a Ray Dorset composition.

It was prevented from reaching the UK No 1 chart position by virtue of the fact that owing to a complaint made by a BBC radio producer about the lyrical content of Have a Whiff on Me, one of the four tracks on the record. It made a reference to the drug cocaine, but in a derogatory way.

“Cocaine’s for horses not for men, some say it kills you, but they don’t say when”, the director of public prosecutions got involved and insisted that all unsold copies of the maxi be destroyed.

The record company complied with the request, and the maxi was repressed.

“Have a Whiff” was replaced with She Rowed, a Dorset composition that appeared on the second Mungo Jerry album, Electronically Tested.

The sales momentum was lost, but Lady Rose went on to become a massive international hit surpassing all sales of Baby Jump.

You Don’t Have To Be In The Army To Fight In The War… The fourth Mungo Jerry maxi single was to be the last of Mungo Jerry as a band.

As of all previously released Mungo Jerry maxis, the title track was written by Ray Dorset, and also, as with the previous release, it gathered a lot of controversy.

In fact in some territories it was banned altogether from the radio waves. The title of the lead and offending track was You Don’t Have to be in the Army to Fight in the War.

It was not, as some cynics seemed to think, about being invited to engage in terrorist activities, but about the war against bullies, liars, fascism, racism, segregation, greed, jealously and the like.

The title of the song being of thirteen words also happened to be one of the longest to appear in the UK record charts.

The break-up… Early in the next year following its release, 1972, the Mungo Jerry band set off on a long tour of the Far East, which also took in concerts in Australia, and New Zealand.

Just a few days after returning to the UK, Ray Dorset travelled to Luxembourg to engage in some promotion at the historically famous Luxembourg Radio Station.

When he finally returned to England for a well earned rest he was called to the Wardour Street office of The Red Bus Company, the band’s management.

He was confronted by piano player, Colin Earl, and banjo, jug, and acoustic guitarist, Paul King, to be told that they wanted him out of the band, and was to be replaced by Dave Lambert, later of the Strawbs.

Representatives of both the record company, and the management were completely dumbfounded. They thought it to be an absolutely crazy idea to the extent that they categorically insisted that Ray Dorset adopted the name Mungo Jerry, ‘the performing, and recording artist’.

Open Up… The next maxi single recorded under the name Mungo Jerry, Open Up contained four titles. All were written by Ray Dorset.

Terry Jenkins, a session drummer that had worked with Tom Jones and also recorded with The James Last Orchestra, played on all. John Godfrey the Mungo Jerry bassist carried out the bass duty as well as playing piano on one of the tracks.

The record entered the UK, and also some international charts and gave Ray Dorset, who had now reluctantly taken on the persona Mungo Jerry, time to decide how to procede with his musical career.

Dorset’s musical taste knew no boundaries. In order to explore the possibility of recording, and performing music of other genres than those of the previous line up, he would have to have a drummer.

Auditions took place to find a drummer, and a keyboard player. Tim Reeves was chosen to play drums, and Jon Pope was chosen for keys.

Boot Power… The new band went into the Pye recording studio in London to begin work on new recordings which culminated into producing the Boot Power album, all Ray Dorset compositions, and of various musical styles, which most Mungo Jerry fans deemed to be the best Mungo album recorded for the Dawn label.

Preceding the Boot Power album, Pye/Dawn released a Ray Dorset solo album, entitled Cold Blue Excursion which contained an extremely various set of Dorset songs which were recorded with Ray Dorset on vocals and guitar, and accompanied by a full orchestra on all but one track.

Recording with Peter Green… A collectable item is the Case For the Blues album, a recording project that Ray oversaw at his Grayshott recording studio, with Peter Green, Vincent Crane, Jeff Whittaker, Len Surtees, and Greg Terry Short.

Ray came up with the name for the album title, as well as the name Katmandu, for the band. He also contributed songs which he also sang, on this long player.

He delved in other musical genres when he composed the very first UK high energy disco hit, Feels Like I’m in Love.

It took Kelly Marie to the UK No 1 chart position and went on to be a club evergreen.

Over the following years Ray Dorset, aka Mungo Jerry went on to perform at festivals, TV shows, and concerts throughout the globe.

He gained a reputation as a credible exponent of authentic blues, rock n roll, and rockabilly, as well as being a great front man.

He has been involved with many numerous projects as well as being outspoken about his views on life and ecology.