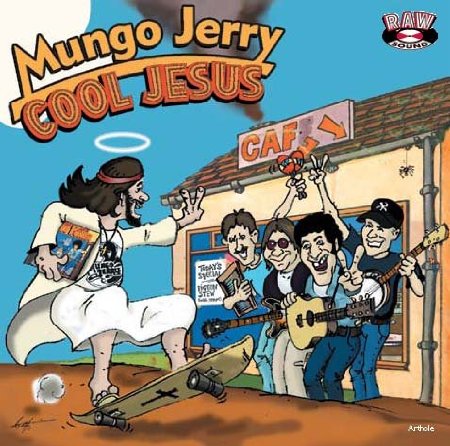 Released on the 22nd August 2011, Cool Jesus was thought by many judges to be the best of Ray’s recent albums, going back to Adults Only in 2003 and Naked From The Heart in 2007.

It was recorded with a Boot Power feel in mind, not only with the sleeve design by Bruce Brand, and I think I can say, this is something that has been achieved.

Between Woodstock and punk, there was an awakening of interest in skiffle, most conspicuously in Germany. As exemplified by Tony Sheridan presenting three hours of the stuff every week on Radio Hamburg. And a best selling L.P by Lonnie Donegan with the country’s own Leinmann Skiffle Group.

However, a bigger attraction than even Donegan, who’d ruled the movement during its 1950s prime. Mungo Jerry after 1970’s anthemic,  In The Summertime began a run of international hits that lasted most of the decade.

Glance at any of Mungo Jerry’s publicity photographs from that period. The face to which you’re drawn most immediately is that of singing composer Ray Dorset.

One of the most charismatic figures to leap from the screen of Top Of The Pops, Beat Club and any other of Europe’s principal pop television series then.

Leader Of The Band…

Furthermore, as Ray himself confesses in the vocal version of Give Us A Song on this latest project, “I’m the one that leads the band”.

By the same token, Dorset’s stylistic consistency has infused Mungo Jerry with a built-in originality in the teeth of each change of image and format. And every musical idiom either explored for the first time or, in the case of Cool Jesus, re-investigated.

While longtime Mungo Jerry purists would approve of the kazoo, washboard, harmonica and what John Mayall would call ‘mouth percussion’. Not to mention backing by the cream of the Fatherland’s skiffle specialists. Dorset isn’t so bound by lodged conventions that he can’t deviate from rent-party precedent.

Indeed, his use of amplification and electric keyboards only enhances the overall effect on a passionate exercise in modern skiffle that combines a lean, abandoned approach with inherent respect for both the form and its elder statesmen.

Witness the overhaul of He’s Got The Whole World In His Hands that owes far, far more to Donegan than Laurie London’s 1957 million-seller; a near-definitive revival of steel-drivin’ John Henry.

Of the fifteen originals, Let’s Rock could have been lifted by time machine from an Elvis Presley session at Sun.

Going Up The River and I Wanna Live In The Sun hark back to the raggedly carefree In The Summertime.

The joyous verve has a brake applied when more sombre topics are addressed. Such as I Lie Awake (A Song For Jesus), Praying So Hard and the driving title track of a startling album that may stand as an artistic apotheosis were it not for the promise of surprises yet to come. 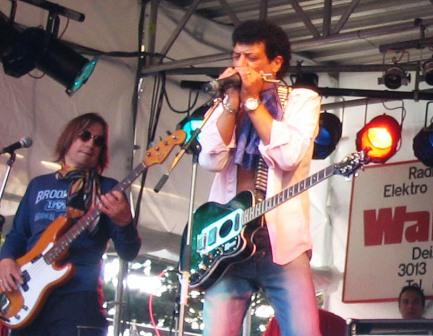 After Lonnie Donegan, Ray Dorset (aka Mungo Jerry) has imposed himself as the new British champion of the skiffle sound.

Like Tony Sheridan, he is really well appreciated on the continent, especially in Germany.

He regularly releases new albums, and the last one showed us an intact energy.

There are also covers of He’s Got The Whole world In His Hands (popular gospel by Mahalia Jackson).

The characteristic pop-folk style is highlighted by Give Us A Song.

Nice to see that Mungo Jerry are back on true form and can still hack it.

Not really a duff track on the whole album and save for the brief (and too short) excursion into the blues (Mungo Jerry Bluesband) this is probably the best album since You Don’t Have To Be In The Army except for maybe Naked From The Heart.

Mungo Jerry (Ray Dorset being the only surviving original member) have covered many musical styles over the years. Mostly to great affect proving that they remain both durable and endearing.

As far as the cover goes I also like the passing references to Boot Power (another great Mungo Jerry album) from the early 70’s.

For anybody that preferred the original Mungo Jerry. This is perhaps as close as it is possible to get without going over too much old ground.

Thankfully the lyrics do not tax the brain too much with the end result being just good foot tapping music. 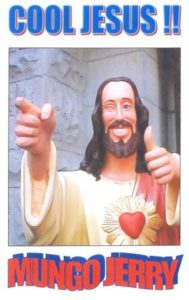