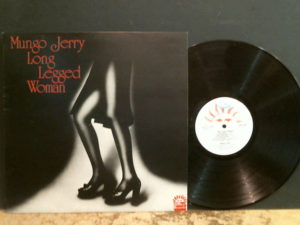 Long Legged Woman wasn’t the much hoped for studio album from the very popular 1974 line-up but a compilation LP made up of tracks from the 1971 and beyond.

It was a strange mix, with skiffle tracks such as O’Reilly following rockier numbers like Wild Love.

As with the Greatest Hits  album that featured the previously unreleased Say Goodnight, Long Legged Woman became collectable for the inclusion of the rocker, Don’t Stop.

There was a live version of Don’t Stop on the Capitol Radio show from 1974.

Ray Dorset said… “An album was put together of the stuff that I recorded with the band, but the record company lost the tapes and put out the Long Legged Woman album instead, which was a compilation of singles and B sides, and I wasn’t happy with this idea for a number of reasons.”

It’s a shame this band’s more in demand abroad than they are over here, for Mungo Jerry often produce some really good stuff.

I often feel too that many of their album tracks would make ideal singles – even more so than the singles they actually do release.

A good album this, continuing the lively, ravy atmosphere throughout.

Other tracks featured are Gonna Bop ’til I Drop, Wild Love, No Girl Reaction and I Don’t Wanna Go Back To School.

The inclusion of Don’t Stop made this album very collectable for fans as it had never been available before, although a live version was part of the Capital Radio recording.

Ray had stated that he wasn’t happy with the album idea “for a number of reasons” and fans at the time weren’t too keen either hoping to see a brand new set of recordings from this particular line-up of Mungo Jerry.

How did they lose the tapes? 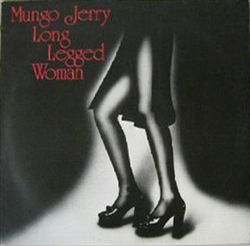