Mungo’s music is so simple you have to smile, stamp your feet and join in.

Scores of bands could play their numbers but are too concious of the simplicity to try it. But Mungo forge ahead with no worries. 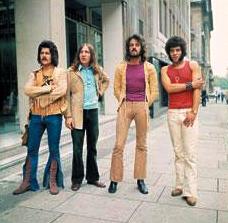 Intelectural audiences may put them down, but Mr Average in search of a good time need look no further.

Last Wednesday London’s Bumpers Club was barely half full to receive them.

There’s something strange about that place. The Kinks the previous week had failed to pack’em in, and even Elton John wasn’t a sell-out.

Mungo plodded through some Mississippi blues with Ray Dorset stamping his foot to hide the absence of drums and Colin Earl making weird noises.

Simple 12-bars, In The Summertime and the odd joke kept all amused.

At times, Dorset’s shrieking made me cringe and more than once things seemed to come unstuck midway through a number.

But, dammit, who cares when folk are enjoying themselves”?

Mungo Jerry recorded a live set for the legendary DJ, Emperor Rosko, and even though the exact date is unknown to us, we do know the songs played by the band. 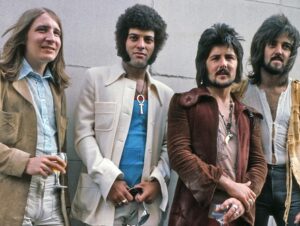 “The gig was held at a big house called the Montpelier Rooms, and the band were actually playing in a large room.

“The house was packed with people standing in the doorways, and on the stairs. The atmosphere was VERY electric!

“As you can imagine, it was very hot in there and they were selling small glasses of Coke for 20p a time, which was a lot of money in 1971.

“The band sang a lot of songs from their album, Electronically Tested plus Lady Rose and Have a Whiff On Me.

“Banned by the B.B.C because of the cocaine references, Ray told us that the song was written about the cowboys who used to snort cocaine up their noses.

“By the time they reached their late twenties, early thirties, their guts would have fallen through their arses.

“It was a memorable concert, one I shall remember for the rest of my life”! 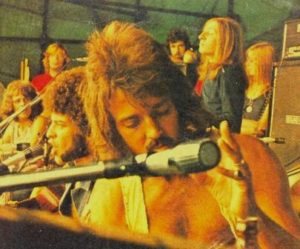 The group made its name at the Hollywood Festival last year (1970) and has been livening up get togethers all over the world ever since. 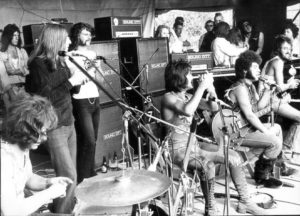 The six-man Mungo Jerry went on in the early afternoon and grabbed one of the best spots of the entire shebang.

The audience was in the right mood, the sun was out and the open-air feel of Mungo Jerry’s music took over.

After a couple of numbers like, Midnight Special and Have a Whiff On Me, the crowd was clapping and yelling and banging cans and things.

Joe Rush was drafted in from Country Jug to play bass drum, cymbal, skiffle board and assorted wooden blocks and roadie ‘Bizz’ sang and banged a tambourine on odd numbers.

Colin Earl played barefoot and Ray Dorset occasionally got up and jogged about the stage.

During the act, an alsatian came and laid along the front of the stage panting and shooting the odd glance at the band.

He seemed to enjoy, Urban Spaceman, In The Summertime, Lady Rose, Bottle Up & Go, Mighty Man, We Shall Be Free, I Just Wanna Make Love To You and all the others as much as everyone else.

Once Mungo Jerry get a rhythm going, it’s hard to break it, and the stomping, ‘have a good time’ treatment they give.

Ray Dorset on Weeley…“I had a good time at the festival hanging around on the red bus with Rod Stewart.

“He gave me a copy of his latest album which included the great hit, Maggie May. We filmed the promo to You Don’t Have To Be In The Army To Fight In The War and the gig was OK.” 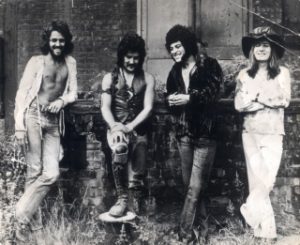 Santo Antonio, Santo Francisco was recorded exclusively for the San Remo Song Festival, although it was not a band composition.

It was originally only available in Italy, then subsequently in Israel and Greece. 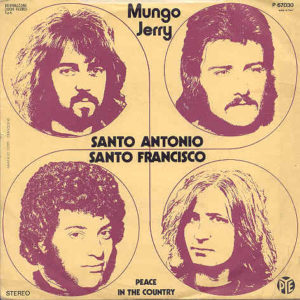 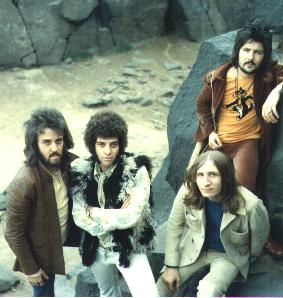 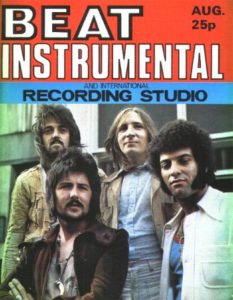 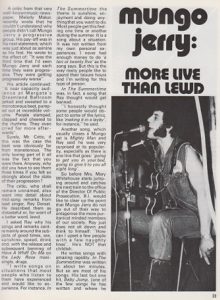 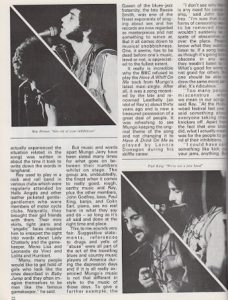 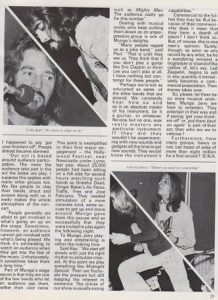 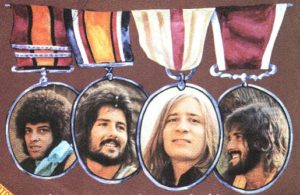 “We were more country blues than straight electric British blues than most of the public were familiar with at the time, more specialist, and we managed to capture a very authentic feel and sound”. 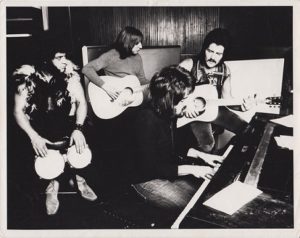 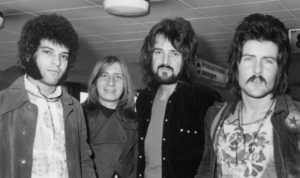 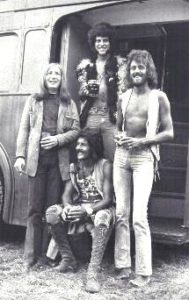 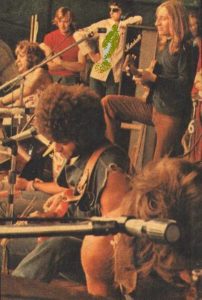 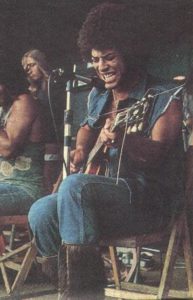 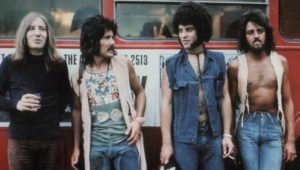 “We’re not a good-time band in the obvious sense, like Lovin’ Spoonful, but it’s a fun band.

“We’re there to entertain, people can have a good-time, enjoy themselves, clap their hands and have a laugh”…John Godfrey.

“I felt that the management were lucky to have Mungo Jerry rather than the other way ’round….Roadie Bizz.

“I felt that Mungo Jerry would have taken the U.S by storm, they were playing American music better than the Yanks”…producer Barry Murray. 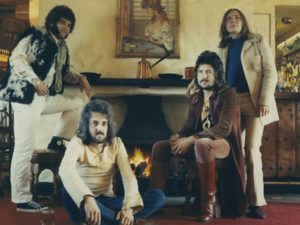 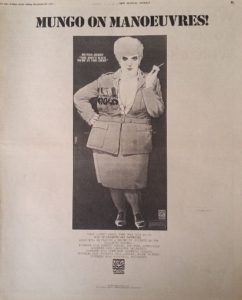 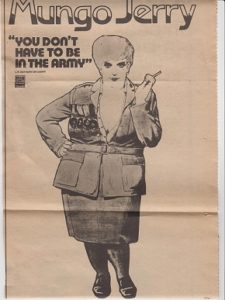 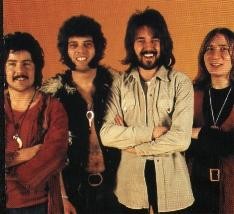 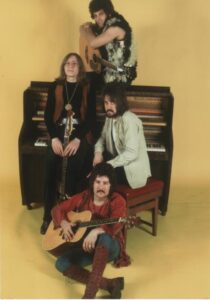 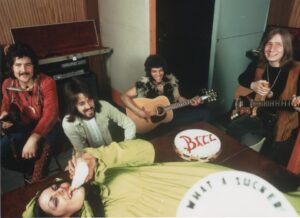 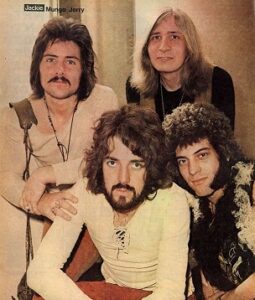