2000-04 began when Ray celebrated 30 years of Mungo Jerry with a return to Newcastle Under-Lyme, the scene of the Hollywood Music Festival in 1970.

Ray and Derek Wadeson, of fan club fame, helped organise a special event in the area over the weekend of the 1st of July. 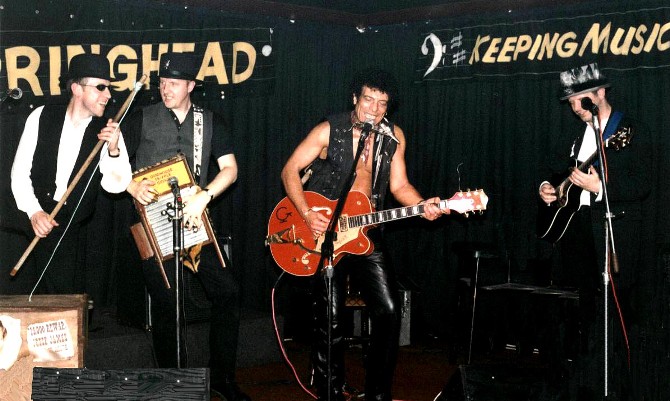 Once again, Ray teamed up with new friends, The Dog House Skiffle Group at The Springhead in Hull, a really good music pub and very much the home ground for the guys.

Together, they played out another great jug/skiffle gig with some of the old Mungo hits thrown in to the obvious delight of the locals.

Held in Whitchurch, Hampshire on August 5th, the band made two appearances over the weekend. At their first, on Saturday afternoon, they were introduced as The Ray Dorset Skiffle Band although nobody seemed to know why. It was a great and unusual set as none of the hits were played with the band, all sitting down, reeled off an hour of jug band, skiffle and blues. Guitarist Tim Green wondered why they hadn’t recorded the gig as it sounded, “really good from where he was”, and he was right!

BRITISH LEGENDS OF R & B

Over the weekend of July 1st, 2000, Mungo Jerry returned to Newcastle Under-Lyme for the 30 year anniversary of In The Summertime and all things Mungo. 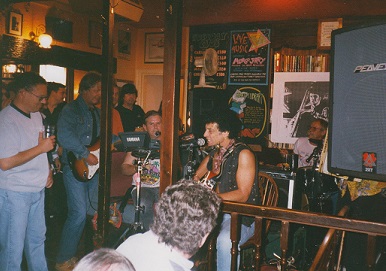 Ray Dorset and special guest, Joe Rush played a lunchtime gig at The Village Tavern in the town, followed by an evening gig with the full band at The Oxford Arms making it a staggering SEVEN HOURS in total on Saturday alone. 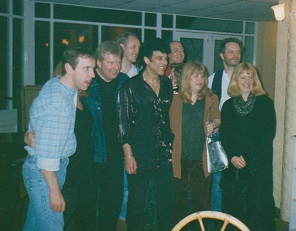 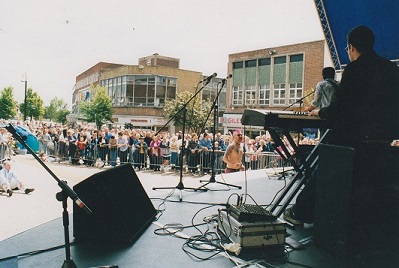 “The Rigger was fun, crazy stuff going on but nothing sinister, I know that some of the fans were a little phased though.

“The whole day was very good, the outside gig went great and the band had a very good time”.

They’re making a habit of it, but once again, Mungo Jerry tore into the good folk of Newcastle Under-Lyme with two fine performances as part of the May Bank Holiday Festival. 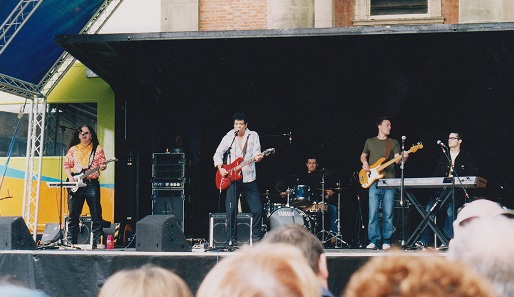 Headlining the day, they played an early afternoon spot outside the Guildhall under gorgeous summer skies.

An evening gig was arranged at The Rigger, a biker pub a short walk away from the town centre.

Despite its intimidating appearance, it was fine, even though a lot of the fans who had travelled from far-and-wide were dubious about going in.

Even the Mungo band weren’t too keen but Ray of course took it all in his stride.

Ray and the band played a longer, slightly more hard-hitting set than was heard during the afternoon.

They performed an excellent version of Dragster Queen from the Lovin’ In The Alleys album and the highlight for me, the gospel song Hallelujah. 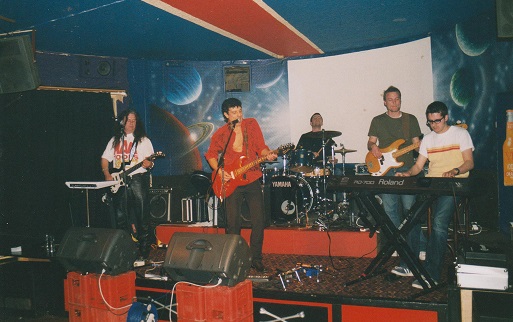 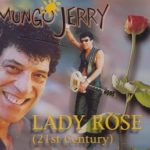 A 4-track picture disc CD, Lady Rose – 21st Century is backed by Partyland and Feels Like I’m In Love from the Candy Dreams album and an extended live version of Open Up  by the Mungo Jerry Blues Band taken from Adults Only. 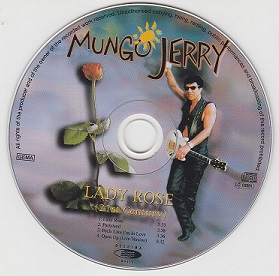 The lead track (and Feels Like I’m In Love) were featured in the Robert Carlyle and Kathy Burke movie, Once Upon a Time In The Midlands.

From Shadows To Bright Lights…

The fan club fanzines came to an end in 2001, but there were some additional ‘publications’ in the guise of a sort of newspaper/magazine.

Only three issues were made of what were called From Shadows To Bright Lights, the title taken from the Mungo Jerry hit Lady Rose.

2003 saw the first version of the Mungomania website and the birth of the site saw the end of newsletters and fanzines.