The years 1990-94 began in 1990 which saw the release of a much loved Mungo Jerry album, Snakebite, a rocking masterpiece that combined both rock and skiffle, and perfectly exhibited the talents of the band at time – Ray Dorset, Tim Green (guitars), Steve Jones (keyboards), Les Calvert (bass) and “Crazy” Jamei Roberts (drums). 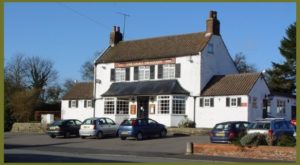 (This was the first of a series of gigs played out at the Processed Pea Folk Club during the 1990-94 period, located in the village of Etton, near Hull – line-up, Ray Dorset – vocals, guitars, harp, kazoo, Alan Johnson (guitars) and Jamei Roberts – drums and percussion)

Amazingly, we only have a couple of dates for all of 1993, although one was a gig that produced a rare bootleg CD from Poland. At this time, the situation with the fan club may have had something to do with it as it had temporarily ground to a bit of a halt before continuing the following year. 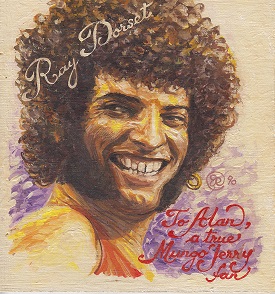 In 1990, I was sent a hand painted portrait of Ray by Jarle Jorgensen, a very talented Norwegian guy. 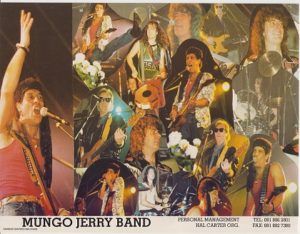 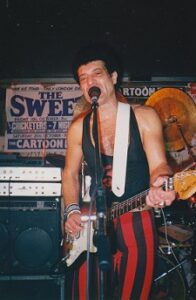 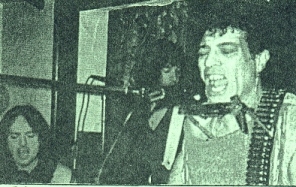 A compilation cassette of Mungo Jerry’s appearances at the Processed Pea Folk Club in both 1991 and ’92 was made available to fan club members.

All The Hits Plus More… 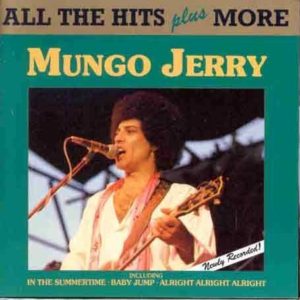 “I asked people like Derek Wadeson their opinions of the track listing I had compiled, getting the thumbs-up on some and a no-no on others.

“I was trying to blend the tracks this time, going for a raunchier rock side and some other sing-a-long on the other.

“My biggest problem is that if I use the originals, because of the lousy deal on record royalties we first had, I don’t make any money.

“When the records were selling in enormous quantities that was OK as you made money out of the sheer volume.

“So on this release, I used a couple of new recordings of the hits as well as live cuts like Baby Jump and threw in some original demos of things like We’re OK to make it more interesting.

“I also featured Pushbike Song, which we recorded in ’89 because everybody thinks I wrote it anyway!

“I was also going to do Seaside Shuffle but couldn’t get it sounding right and then ran out of time.”

From Beyond The Summertime by John Van der Kiste and Derek Wadeson – A & F Publications, 1990.

In 1991, Derek Wadeson, secretary of the the Mungo Jerry Fan Club introduced the brand new fanzine for the first, replacing the regular newsletters that preceded the ‘zines.

Originally called Keep On Rocking, they became known as Mun-go For It and racked up 19 issues before being replaced by fan club newspapers and then the Mungomania website. 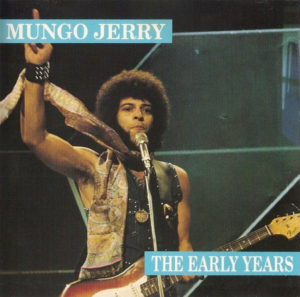 One of the more notable Mungo Jerry compilation albums was The Early Years compiled by Mark Brennan (now at Cherry Red Records) and Laurie Prior with sleevenotes courtesy of the fan club’s very own Derek Wadeson.